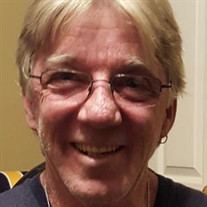 Michael Murray passed away on August 2, 2020 at the age of 59. He was the husband of Patricia (nee Eck); devoted father of Patricia "Trisha" Murray (Emanuel Rivera) and Michael (Lynzy); loving Pop-Pop of Dayton, Gianna, Michael, Charley, Gabriel, and Greyson; beloved brother of Joseph (the late Marie), John (Geri), Harry (Patricia), James (Debbie), BettyAnn Carango (the late Robert), Edna Mae Murray (the late Charles), RoseAnn McGinley (Gary), Christine Finnegan (Brian), Michele Kane (Patrick) and the late Robert, Thomas (the late Catherine), and Anna (Joseph). He is also survived by many nieces, nephews, and cousins. Relatives and friends are invited to his Viewing and Funeral, Thursday at 8AM from the Rogers Funeral Home, Inc., 1426-30 South 3rd St., Philadelphia, PA 19147 followed by his Funeral Mass at Sacred Heart Church at 10:30 AM. Interment will be private. In lieu of flowers, donations can be made to the American Cancer Society. www.cancer.org Share Online Condolences at www.rachubinskiandrogersfh.com

The family of Michael Murray created this Life Tributes page to make it easy to share your memories.

Send flowers to the Murray family.